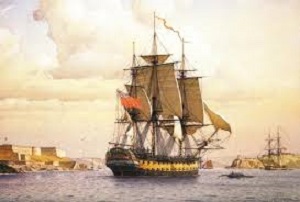 My wife and I share the same interest in the history of the various wars fought throughout history. War is never a good thing. What is interesting are the strategies, the heroes, and the untold stories that we hear through some of the shows we watch. And how God used those wars in some way to further his kingdom.

If you do some searching on the Internet, you will find the shortest war in the history of the world was fought in 1896 lasted somewhere between 38-47 minutes. The Anglo-Zanzibar war was fought between the United Kingdom and the Zanzibar Sultanate. The sultan who took over leadership was not the “chosen one” of the United Kingdom. At 9:02 a.m. on August 27th, 1896, the UK began a bombardment of the sultan’s palace. About 45 minutes later, the flag on the palace was shot down and the war ended.

The Zanzibar losses included 500 killed or wounded, 3 vessels sunk and one shore battery destroyed. The United Kingdom had one casualty and they placed their favorite son as sultan. Even short wars have a cost.

My war is not so short, in fact it lasts all of my life. Losing this war has an eternal cost. 1 Peter 5:8 tells me Be alert and of sober mind. Your enemy the devil prowls around like a roaring lion looking for someone to devour. The devil, who is very much real, has but one mission in his war on me and all persons. His goal is simple but deadly: take me and as many people as he can to hell to spend eternity with him. He targets all but his main offensive is against believers.

I have to admit that I daily lose battles against the devil. His battle plan does need new or clever strategies or weapons. Even though I have faith in my Savior, my armor has many chinks. He knows where they are and methodically attacks each one. Sometimes I read my own blogs and shake my head. How I can write some of the things I do and still struggle so much with sin?

Last time I posted about a person who experiences issues with knowing and accepting the strength he has in the new person he is through his Savior, Jesus. I could have been writing about myself and that chink in my armor–maybe I should have.

But my Savior was looking out for me. That same person from the previous blog told me he was starting a men’s group at his church and since I had worked with groups in the past, would I be willing to come and give my input. I have to admit, that made me feel good.

To my surprise, but not to my Captain and Savior, what I found was a group of men discussing their struggles with repetitive sin. The format was much like a 12 Step meeting, but the content hit me right in my major chink. And I felt at home despite the need to take an honest look at myself.

I felt at home in that group because I was reminded of a power greater than my sin and even the devil himself. It says in Romans 7:25, Thanks be to God, who delivers me through Jesus Christ our Lord! There is a way I can defeat the devil and his battle plan—through Christ who first gave his life to forgive my sins and now is there to fight my lifelong battle against the temptations of the devil.

I will continue to attend this group because I need it and not because they still want my input. There are no coincidences in this world. God works his plans in my life and in the world around me to only one end–to show his love.

Thanks for coming and I hope you will come back. I will wait you.