We visited our grandkids in Texas in February and found out that they are really into dinosaurs. Just about every picture they drew and a good number of books they read had at least one dinosaur. I learned to pronounce so many different names including Oviraptors, Tyrannosaurus, Triceratops, Brachiosaurus, Protoceratops and Parasaurolopus. I read and was told how some ate meat and some plants. I also learned about the habits of these now extinct creations of God.

We also spent part of one day at the Naranjo Museum of Natural History in Lufkin, Texas. There we sifted through models of a good number of these targets of my grandchildren’s affections. The picture above, a Stegosaurus from the group or family of Stegosaurs, was one of the better likenesses. There we learned how the remains of various types of dinosaurs were discovered and excavated by paleontologists. Overall, it was quite the dinosaur saturation and something that helped to keep constant contact with our grandchildren.

Actually there was a completely different reason for us to make the almost 1000 mile trip to Tyler, Texas. That was the baptism of our 14th grandchild Eden Judith Diane Schmidt. There

were plenty of tears in my eyes as I was again completely humbled and honored to witness saving faith created in the heart of yet another grandchild through water and the Word of God. The truth is as, “perfect” as Eden appeared, a beautiful, well-behaved infant who only fussed during the insult of having her diaper changed, she was in fact a sin-filled human destined for an eternal judgment in hell.

But through the faith created by her baptism, she and her previously baptized siblings are forgiven of all sin because of the sacrifice of their Savior, Jesus.

As I reflect on our  “Texas experience” I wonder how we humans come to believe what we call facts. The museum I mentioned was filled with a multitude of “facts” about millions of years and evolution and natural selection. Then there was mention of various means of dating the earth and these dinosaurs including evolutionary changes of animal, rate of cooling of the earth and radioactive dating. Even though virtually all science is based on inductive reasoning, the conclusions presented were framed as fact.

In an article from  the March 2018 issue of Forward in Christ,  Arthur Eggert, Phd., states inductive reasoning must be used because “scientists can usually study only a small fraction of the cases in nature such as all the stars in the Milky Way.” He cautions about being “taken in” by statements like, “It’s a scientific fact.”

Dr. Eggert shares, “Scientists regard something as a ‘fact’ only if its probable truthfulness is accepted by everyone discussing it. If some people reject it, it is not a fact. Such a fact, whether true or not, becomes a part of one’s set of unproven assumptions.” In my elementary school days, those things were called theories.

I believe what happened when Eden was baptized is a fact. “But through the faith created by her baptism, she and her previously baptized siblings are forgiven of all sin because of the sacrifice of their Savior, Jesus.”

Partly I believe because the Bible has stood for thousands of years and has never been proven wrong. Even when doubters bring up simple historical issues, the resolution to those “problems” have eventually surfaced and the Bible was proven to be true again. And none of those have changed the central message–Jesus came to sacrifice his life to save the world.

I believe because in no other place can you find someone who loves so perfectly. Psalm 139: vv 13-16 shares For you created my inner organs. You wove me together in my mother’s womb.  I praise you because I am fearfully and wonderfully made. Your works are wonderful, and my soul knows that very well. My bones were not hidden from you
when I was made in the secret place, when I was woven together in the depths of the earth. Your eyes saw my unfinished body. In your book all of them were written.
Days were determined, before any of them existed. (Evangelical Heritage Version)

Of course, in our world of scientific authority, things are different. The fact is abortion is legal and as of this writing so far in 2018 has ended the lives of 9,787,290 children (Worldometers.info), with that number increasing by one each second. As a result of inductive reasoning about when life begins, a recent Mississippi law which would have prevented abortions after 15 weeks was overturned because it is “outside of the medical consensus about when fetal viability begins.”

I know of the great benefits we have as a result of the work of scientists. I cannot see all the advances in technology and especially medical science and deny the good I experience. But when scientific consensus is given authority over life there is only more trouble ahead.

If I wanted to point to a consensus about what is a fact or not, I could point to the millions of people who have believed in Jesus as their Savior throughout history. Or to the multitudes who died because of their agreement that the Bible is true. Or to the fact that more Bibles, over 5 billion, have been sold and distributed. That is the most of any other book ever written. But that’s not why I believe.

I believe in baptism, and the Bible and the saving work of Jesus because I have faith. It is a faith that does not need a consensus, or historical accuracy and certainly not a “well I have to believe in something” faith.

My faith started with exposure to God’s Word, and baptism and continues to grow through continuous contact with that Word. I know my grandchildren, and their parents, my wife and many friends are saved because of their faith. I do not need a group of people to agree with me.

I live in a world in which opinions often masquerade as facts. are often After a week in Texas I believe that dinosaurs are kind of cool, but they did not live millions of years ago. I believe that science can be very important to us in their discoveries and advances. But many of their scientific facts are still theories. I also know that more and more people need to see the real truth about themselves and their need for a Savior. That is not an opinion or a theory–it IS a fact. 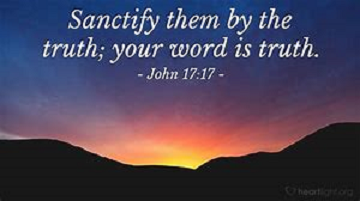 I hope you come back some time to read more. I will wait you.