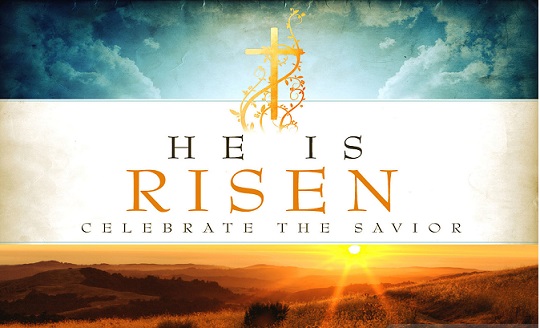 We used to listen to a radio show called “You are there!” These were short dramas that tried to give a picture of Jesus’ life in the form of a story presented as though it was actually happening as you listened.

On this Easter I wonder what my reaction would have been if “I was there.” If I had followed him closely for three years, listened as he taught, witnessed the miracles, how would I have reacted to reports that Jesus rose from the dead.

Would I have been like Mary who, after first mistaking Jesus for a gardener, actually saw him face to face and then rushed to Jerusalem went and announced to the disciples, “I have seen the Lord!” John 20:18

Or would I have been like one of the disciples but Thomas, one of the Twelve, the one called the Twin was not with them when Jesus came. So the other disciples kept telling him, “We have seen the Lord!” But he said to them, “Unless I see the nail marks in his hands, and put my finger into the mark of the nails, and put my hand into his side, I will never believe.” John 20:25.

In his wonderful love for me, I do not have to worry about how I would have reacted on Easter. I am alive in 2019 and can read the whole story written down for me: As they entered the tomb, they saw a young man dressed in a white robe sitting on the right side, and they were alarmed. He said to them, “Do not be alarmed. You are looking for Jesus the Nazarene, who was crucified. He has risen! Mark 16: 5-6.

Certainly, if you confess with your mouth that Jesus is Lord and believe in your heart that God raised him from the dead, you will be saved. Romans 10:9.

Jesus has risen. Satan is defeated. Sin no longer has a hold on me. Heaven is mine. That is the message of the empty tomb on Easter.

There may be troubles here on earth. But with Satan defeated, I am convinced that neither death nor life, neither angels nor rulers, neither things present nor things to come, nor powerful forces, neither height nor depth, nor anything else in creation, will be able to separate us from the love of God in Christ Jesus our Lord.   Romans 8:38-39

Jesus has died. Jesus has risen. Jesus will come again to take me home.

Have a blessed Easter and thanks for stopping by. Come back again–I will wait you.

2 comments on “Easter! Things Will Never Be The Same!”